Prince Did Not Have an Estate Plan. 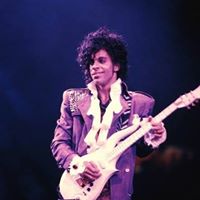 “As incredible as it sounds, Prince reportedly died without a will. That news is based on a TMZ report on court documents filed by Prince’s sister, Tyka Nelson, who said “I do not know of the existence of a will.” –Forbes Magazine, April 27, 2016. Prince was a very “hands-on” person when it comes to legal affairs, as a later Forbes May 18 article noted. Then how did he completely space planning for his estate?

As the biblical adage states: “Therefore be ye also ready: for in such an hour as ye think not the Son of man cometh.” Prince didn’t even have a Will. According to CNBC, one half of Prince’s estate will likely be eaten up in taxes, where some planning could have made some substantial savings.

Moreover, Prince’s estate could be embroiled in legal disputes for years to come, where planning could precisely define the very things heirs will now fight over. If any person has real property, proper planning can avoid serious pitfalls, such as a future unknown spouse getting the home parents have worked for many years, thinking that their children would inherit it, or a real property owned by an incapacitated person, which can’t be sold or refinanced without a court order because of a lack of a durable power of attorney.

It is hard for younger parents to imagine planning for one’s retirement, much less one’s estate. But who knows when an unknown judge would choose their young children’s guardians, or give a sizable life insurance check to a young child who barely turns eighteen years old—with no restrictions as to what to do with it.

One of the best times in which estate planning can be taken seriously is when a family leaves the title company after purchasing a new home, at the time that they receive the deed to that home in joint tenancy. Then is the time that a vigilant real estate agent can really direct a new home buyer inthe direction of planning what will eventually happen to that home and the family’s other property.